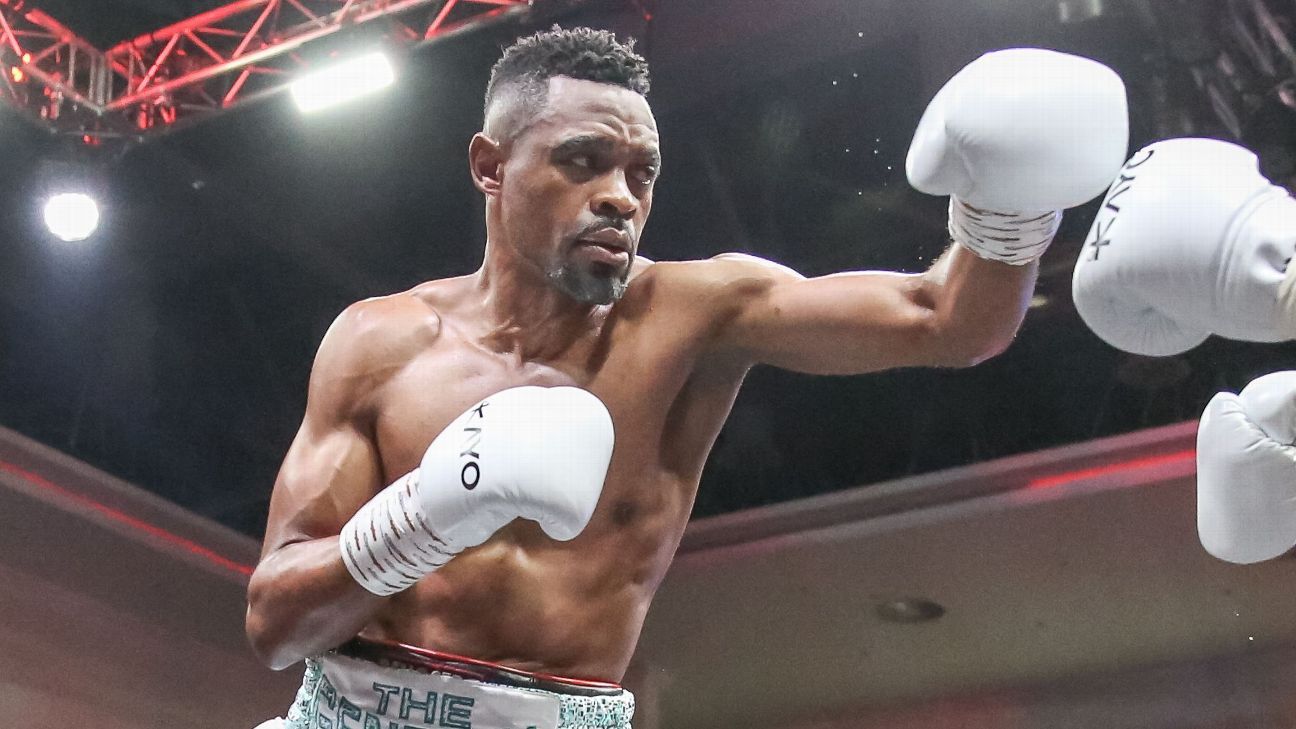 When Emmany Kalombo of the Democratic Republic of the Congo and Shiva Thakran of India fight for the IBF World Super Middleweight Championship in Johannesburg on December 9 at Sportzshala Africa Boxing 24, both fighters will be driven by personal challenges.

Thakran (25) and his manager Brijesh Kumar Meena see this fight as a chance to take the sport to the next level in India. If Thakran wins, he will become the first Indian male boxer to win a world title in professional boxing from one of the four major sanctioning bodies.

Meanwhile, Calombo (30), the reigning IBF junior middleweight world champion, says he is on an ambitious quest to become the “face of boxing” around the world.

Calombo’s journey began in Kinshasa, where his parents were selling tickets for the famous “Showdown in the Jungle” battle between George Foreman and Muhammad Ali in 1974.

Though he grew up hearing rumors of the famous fight that Ali won, Kalombo was attracted to boxing for something else: He was originally an all-round quarterback on the soccer field, but wanted to learn how to defend himself against the older bullies in his area.

“I was bullied – not even at school, but in my neighborhood. People who were older than us took our money and took our things without asking. [When] I [decided] I have to do something, I’ve decided to start fighting,” Kalombo told Sportzshala.

“I moved to Johannesburg in 2014 and started fighting a year later. [professionally]because when I moved, I was not so good, ”he recalled, adding that he went to Johannesburg specifically to become a boxer.

Calombo, who became the IBF World Junior Middleweight Champion at Sportzshala Africa Boxing 18 with a TKO win over Rayton Okviri, has ambitions of becoming a household name outside of the continent.

“I think I still have a long way to go and I am still going. My biggest goal is to one day be the face of boxing. This is what I’m chasing and I know it’s hard, but it’s not impossible because I believe in myself,” he said.

His next fight, according to manager Thakran and fellow boxer Meena, is already well known in India, a country with a vibrant amateur boxing scene but little professional history.

“Shiva [was one of a group of] little boys go to school and fight each other, so he started like this… Now Shiva is a big star in India,” Mina said of the WBC Asian continental champion.

“All my investments go to Shiva. Shiva is a young man and he has very good potential. He started boxing professionally at the age of 19. [was in] amateur boxing. Now he is a big star in India.”

Assessing the challenge ahead of him from Kalombo, Thakran said: “He is a very good boxer with very good attacking and counter-attacking skills, but I also have a good game and if he attacks, I will also attack.

“If he uses his counterplay, I will also use mine. I’m sure I’ll knock him out in the 8th or 9th round. If not by knockout or technical knockout, I will win by scoring.”

“He’s just going to be there for a few rounds and then I’m definitely going to knock him out. He doesn’t have [enough] strength to knock me out.”

Mina added, “There are a lot of Indians in South Africa. If Shiva wins this fight… a lot of good boxers, promoters and sponsors will come to India and prepare other young boxers like Shiva who are future world champions.”