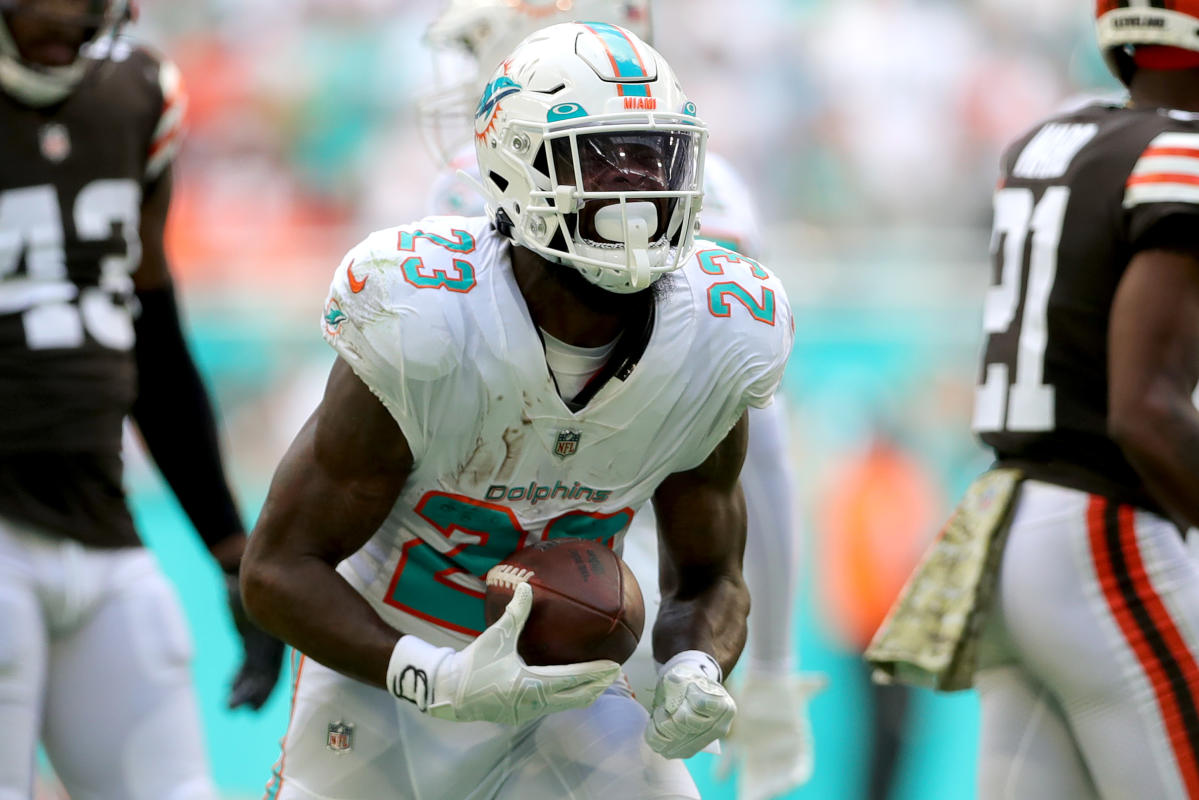 The Miami Dolphins are back this week after their farewell, and they’ve brought their top 10 fantasy runners with them. At least that’s what you can expect based on Jeff Wilson Jr.play lately. Wilson has been dynamite ever since reunited with Mike McDaniel in Miami via a trade with the San Francisco 49ers, picking up an overall RB10 and RB6 in his two games with the Dolphins. His latest outing is the biggest of the fantasy season with 17 carries for 119 yards and a touchdown (plus two catches for 24 yards) against a Browns defense that is second in points per game to RB.

Worse in this regard, only the Houston Texans – and it is their defense that is countered by the explosive attack of Wilson and the Dolphins in the 12th week. return this week. The Texans, in addition to giving away the most fantastic RB points (28.9 per game), are at the very bottom of the NFL in yards allowed (178.9 per game).

And let’s not forget about Raheem Mostert, the other running back Dolphins who came out of their own top 10 positional effort in that game with the Browns when he finished RB10 overall (8 cars, 65 yards, 1 TD; 4 reps, 22 yards). Miami is currently deploying two playable fantasy runners. As our very own Matt Harmon said after the Dolphins last game:

Despite Wilson’s trade, Mostert remained an important factor. … Both of them are fantasy playable, with Wilson acting as the reliable RB2 and Mostert as the supple upward dart thrower.

Here is the position of FLEX – see how Wilson, Mostert and the rest of the FLEX options ranked in the 12th week rankings of our analysts: