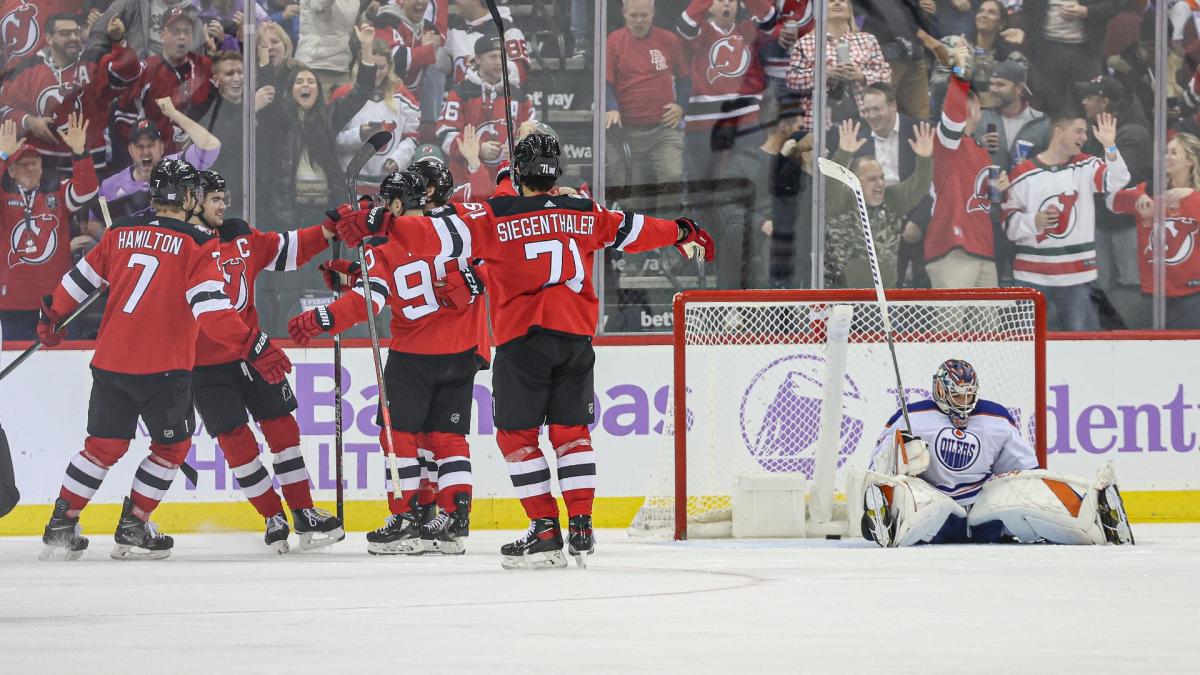 Just when you thought the season couldn’t get any worse for Edmonton Oilers goaltenders.

On Monday night, both Oilers goaltenders landed heavy shots in a 5-2 win against the red-hot New Jersey Devils in Edmonton.

Starting goaltender Stuart Skinner gave the Devils a 2-1 lead when he completely missed a pass, allowing Devils forward Nico Hishir to set up teammate Dawson Mercer for an easy goal.

There’s a good chance we’ll be seeing this gaffe on repeat for most of next week.

If Oilers head coach Jay Woodcroft had any idea to remove Skinner after his blunder, it would have been impossible after the embarrassing crash that left backup Jack Campbell unable to play.

The goaltender was sitting on the bench in the first period when he was accidentally hit by a stray puck. Campbell had her head cut over her eye and made to go to the coach’s room with a towel covering her face.

Campbell did not return for the second period and was still out when the third period began at the Prudential Center.

Campbell’s numbers have been poor since signing a five-year, $25 million deal with Edmonton over the summer. He last scored on November 10 against the Hurricanes in Carolina, conceding a career-high seven goals on 32 shots in a 7-2 loss. He has a .873 shooting percentage and a goalscoring average of 4.27. The Oilers have since approached Skinner, with pundits wondering if he could eventually take over the Edmonton starter role from his struggling partner.

The 24-year-old has proved to be a rock this season, hitting a 2.52 goals-against average and .930 shooting percentage in nine games. The Oilers and their fans hope this night of bad luck doesn’t hurt his confidence.

Meanwhile, the Devils are currently taking the NHL by storm, setting a franchise record with their 13th straight win on Monday night.