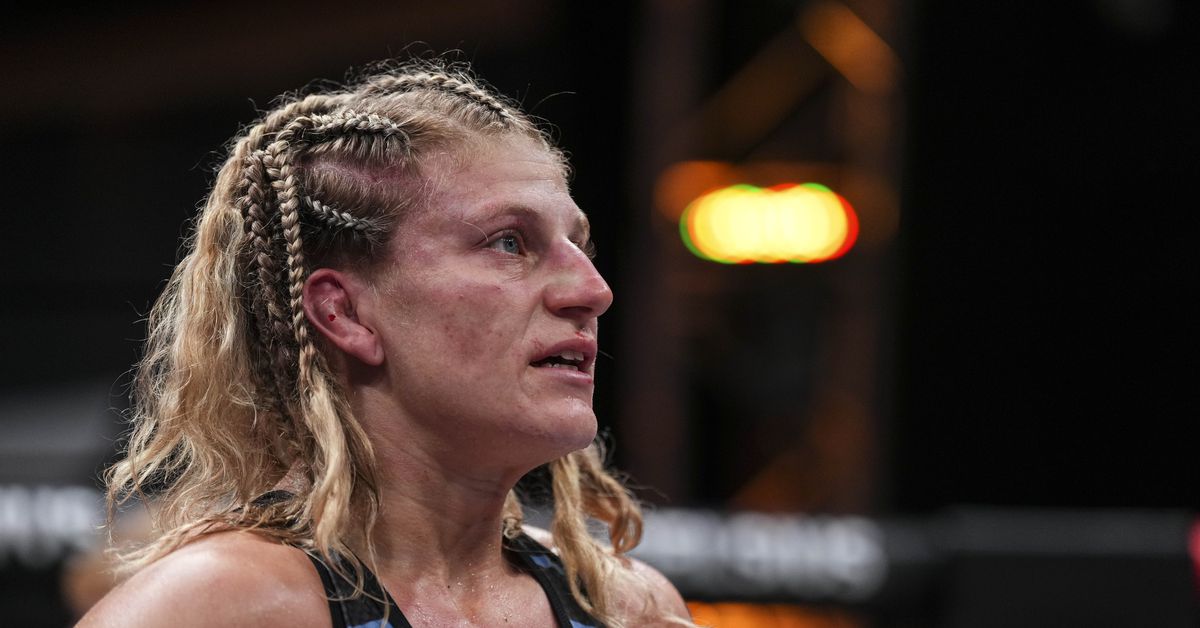 It should have been a relatively quiet week in the MMA world. Thanksgiving in the United States meant that there was only one big event, the PFL Championship, and while it looked good, the results mostly seemed guaranteed.

So let’s talk about the PFL first before moving on to a few other questions from diehard MMA Fighting fans.

Kayla Harrison and what’s next

So Kayla Harrison lost. What exactly does this mean for her, Pacheco and the PFL?

Harrison’s defeat was so monumental that we reacted to it after the fight, so if you have the time and inclination, be sure to check it out where you can hear my immediate thoughts on the matter. Overall, this is clearly bad for the PFL and for Harrison, but whether it will be a disaster, time will tell.

First of all, congratulations to Pacheco. While I won the fight in a draw (10-8 Harrison in the first fight) I have no problem scoring the fight for Pacheco and I think there is no reasonable way to score it for Harrison which is a hell of an achievement considering How did the first two fights go? What’s more, while Pacheco showed the skills, tactics, and everything you would expect from her to achieve such a win, the most important part of the fight seemed to be simply her will to win. It takes a psychopathically competitive person to be a two-time Olympian, and in the fifth round, when it was time for both women, Pacheco wanted that more. She fought harder, did more, and even when Harrison got to her, Pacheco didn’t stop working. It was great and it made her $1 million richer.

Now, for Harrison, this is clearly far from ideal. Like Cris Cyborg before her, much of Harrison’s mystique has centered around her dominance as she does not compete in a “real” weight class and therefore her level of competition is extremely low compared to her. Accepting a loss breaks that mystique, but it doesn’t have to be the death knell. Harrison still won back-to-back gold medals at the Olympics, which no one else in MMA can claim, and less than 500 people in history can say (I compiled these statistics, but I bet they are correct). For Harrison, the most important thing is what happens next.

This is MMA, losses happen. And in the PFL, with its seasonal format, they happen more often than in any other organization in the world. So while Harrison’s defeat is embarrassing, if she comes back and finishes off Pacheco in their inevitable fourth fight, she’ll straighten the ship almost instantly. Think about how Amanda Nunes threw her boots to Julianna Peña in their rematch and everyone just said, “Yeah, sometimes MMA happens.” Nunez is still a GOAT.” Harrison can do the same if she can beat Pacheco again. But now it’s a much bigger “if” than before.

Fortunately for Harrison, I doubt that this loss will affect her bargaining position in any meaningful way. She’s still the PFL’s biggest star and she’s still one of the biggest names in women’s MMA, which is why the PFL is still investing heavily in keeping her going. They will always pay Harrison more than other organizations, and to be honest, the UFC never intended to spend money on Harrison, no matter what she achieved. It’s not their business model anymore. Why pay Harrison $1 million to fight when they could sign someone Challenge Series to a contract for 10 thousand and 10 thousand dollars? ESPN pays them the same lump sum for the events, so it just burns $980k instead of saving that income.

If this doesn’t start a downward spiral in Harrison’s career (I doubt it), the biggest result of Harrison’s defeat will be that we can all say goodbye to the Cyborg superfight. Now this is not happening. Cyborg has already made aggressive PPV demands between them, and now there’s no way she’s backing down, wanting 80 percent of the revenue (a ridiculous figure considering Cyborg isn’t exactly a PPV hoax either), and Harrison won. shouldn’t (and shouldn’t) accept it. So instead, Cyborg will now just claim victory despite not fighting Harrison, and that will join the list of fights that never happened, which is unfortunate, but that’s the way it is.

Okay, I have two questions for you, sir.

Who is in your top 10 bantamweights? (I have no idea how to rank this division)

What if no one asks. General thoughts about the release of Jiri’s belt. Someone here mentioned that this could be due to the insane number of USADA tests.

As for the first question, you’re in luck! If you’re having a hard time ranking a weight class, we’ll be happy to do it for you, and you can see exactly how bantamweight should be ranked right here. Now about Jiri’s things.

282 only had one title shot to carry the weight of the promotion so when Jiri dropped out they were left without the main event. Keeping Glover Teixeira in the main event makes the most sense as he was the last champion but Glover was never going to fight for an interim title (why?) so they tried to coax him with a full belt. But Glover didn’t want to fight Magomed Ankalaev on two weeks’ notice (reasonably), and the UFC has absolutely no interest in being sensible in this situation. They have PPVs to sell, so fuck it, Glover is gone, Jan Blachowicz vs. Ankalaev for the real belt. Jiri will fight the winner sometime next year, and Glover screwed up, all because he didn’t want to give in to the UFC’s transparent attempt to crown Ankalaev. This is a game played by MMA fighters.

Basically, I just mess around about everything, though. Jiri vs Glover was arguably the best fight in MMA and the chance to get another fight like this was amazing. Instead, Jiri, one of the most exciting fighters in the world, will now be out for an extended period of time and undergo major shoulder surgery. It’s unknown when he’ll be back or what he’ll look like when he returns (shoulder is tricky, just ask TJ Dillashaw) and that’s a huge bummer.

early thoughts on Nemkov/Romero and Fedor/Bader 2 at Bellator 290? Have a good mood

The fight between Vadim Nemkov and Yoel Romero makes sense for the promotion and is a smart decision. Nemkov probably wins because he’s really damn good and really does things, while Romero is really damn good but often doesn’t do anything. Simple and clean.

As for the second fight between Ryan Bader and Fedor Emelianenko, it’s my least favorite fight in a while, and that’s saying something.

This booking is an accurate, textbook definition of a bad advertising process. Who benefits from this?! I absolutely do not believe that Fedor draws big eyes in 2023, and Bader never drew them. Bader is 39, soon to be 40, and Fedor is 46 and now 107. None of these men are the face or future of the promotion, so why in the name of Chester Chito should you put this as the headline for your big CBS? event? Let’s play this out logically.

Scenario A: In the infinite number of universes where this fight takes place, the vast majority of them will see Bader knock out Fedor again. Chill. Hardcore fans hate him because he’s Fedor, and regular people hate him because most normal people don’t like seeing 46 year olds sent to the hospital. And nobody likes it at all, because nobody cares about Ryan Bader. Literally no one benefits from this outcome. Everything is bad. And in the darkest timeline, things are really, really, really, really bad, so I don’t want to think or say it out loud.

Scenario B: Fedor made a massive upset. Big! This is a legitimate moment in MMA history that hardcore fans will cherish. But Fedor is still 46 years old and about to retire, now with a title, leaving the promotion without a heavyweight champion and wasting his precious time at CBS to elevate a man who no longer competes. This is clearly the best outcome, but it still does not benefit anyone except Fedor. Bellator squandered the opportunity for almost no reward, and the risk was enormous.

The essence of good promotion (at least in the MMA environment) is to create win-win fights in which, regardless of the outcome, there is a good way forward. If Conor McGregor loses to Nate Diaz, then Nate will be a star and now we have two aces. Fiction! And if Conor wins, well, the money rig will keep going. Hooray! This is a good marriage! Instead, Bellator booked a fight with a relatively good and terribly bad outcome, but with no control over that outcome (and with the most likely outcome – bad!).

That’s why Vince McMahon was notoriously uninterested in the UFC all those years ago. “How can they create stars if they don’t control who wins and who loses?” It’s really hard! But instead of doing everything they can to mitigate this very real issue, Bellator is just making a bad bet like Elite XC did with Kimbo years ago (not exactly the same, but you get the idea). And if you keep making bad bets, they will eventually catch up with you.

Thanks for reading and thanks to everyone who tweeted! Do you have burning questions about things that are somehow related to martial arts? Then you’re in luck because you can send your Hot…