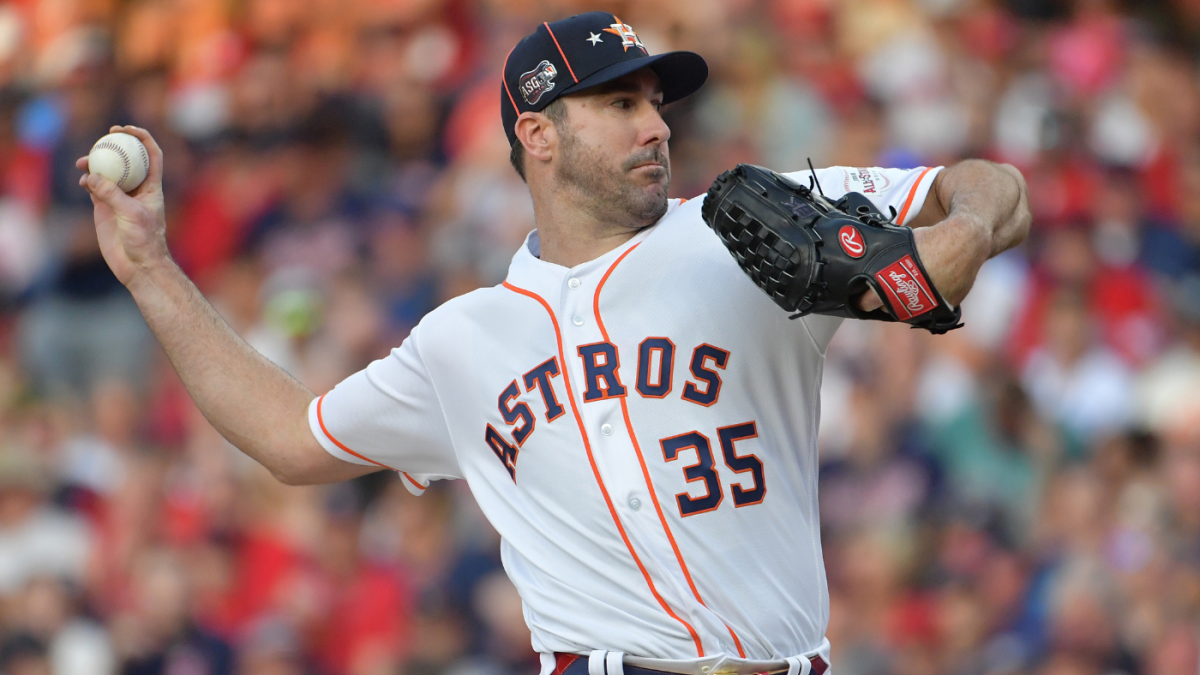 It’s December now, and the Winter Meetings are just around the corner. As far as free agents and trade candidates are concerned, all major names remain on the board, but that could change in the coming days. Given this perceived momentum, it’s time to check out the daily MLB rumors. Let’s do it now.

The current Houston Astros are supposed to have the upper hand when it comes to signing free agent ace and reigning AL Cy Young winner Justin Verlander, but John Heyman writes that the Astros’ reluctance to offer the 39-year-old a guaranteed third year may allow other Verlander suitors to come forward. Hayman:

“They say the Astros and Justin Verlander are ‘far apart’ in talks. Verlander is looking for $130 million for three years (Max Scherzer deal) and the Astros with their deep rotation seem to be pessimistic about Verlander, which could open things up. for the Dodgers, Mets and Yankees.”

The Mets offer an intriguing opportunity given the presence of lifelong player Jacob de Grom in free agency. Signing Verlander would most likely spell the end of deGrom’s days as a Met, but it could provide more short-term reassurance from the Mets’ side given deGrom’s significant recent injury history. Given the strong players at the top of the Verlander market, getting this third year seems like a realistic goal for a future Hall of Famer.

The Phillies are slated to face the top four free agents – Carlos Correa, Traya Turner, Xander Bogarts and Dansby Swanson – ahead of Sunday’s start of the winter meetings. according to Jason Stark of The Athletic. The Phillies are expected to win one in four, with Turner long rumored to be their preferred target. However, it will be seen if and when it comes to fruition. The Phillies will apparently move rookie shortstop Bryson Stott to the other side of the bag if they can complete their purchases this offseason.

It is worth noting that the Padres had a couple of personal meetings with Turner, according to Dennis Lin of The Athletic. San Diego was also tied with Bogarts this winter.

Presumably the Yankees’ number one priority this offseason is to re-sign slugger Aaron Judge. At the same time, general manager Brian Cashman may want to increase the rotation. Here is John Heyman:

The Yankees have set their sights on Rawdon and Verlander (a close relationship with Gerrit Cole wouldn’t hurt, but the NYY isn’t necessarily upbeat). Not much on deGrom for what he’s looking for – $40 million plus. Judge remains a major player, but it looks like he has room to throw in a big starter as well.

As noted elsewhere in this particular cable, Verlander and the Astros do not appear to be close to a deal that theoretically opens up opportunities for other interested parties, including the Yankees. In the absence of Verlander’s surge, the Yankees may be looking to pair up with left-handed free agent Carlos Rodon, who has revitalized his career with a 2.67 ERA and 4.80 K/BB over the past two seasons. Right now, New York’s rotation consists of Gerrit Cole, Nestor Cortez and Luis Severino, with Frankie Montas and Domingo Herman as candidates for a seat in the back. This is hardly the worst status quo, but injuries and serious problems cloud the picture a bit.

The Los Angeles Dodgers may want to add star power to what is already the strongest roster in Major League Baseball. AT Last Notes Column by Ken Rosenthal, he lays out a scenario in which the Dodgers strengthen second base (with the help of the Brewers) and then turn to shortstop at the top of the market. Rosenthal writes:

“One possible scenario is a trade for second baseman Brewer Colten Wong, a player the Dodgers like, according to major league sources. Sign one of the four big free agents. Play Max Munsey and maybe even Gavin Lux in third place.”

That big four free agent shortstops are Trea Turner (who spent the last season and a half with the Dodgers), Carlos Correa, Dansby Swanson and Xander Bogarts. Given the questions surrounding Swanson’s bat and Bogaerts’ glove, a reunion with Turner or a bid for Correa seems like the most likely approach for the Dodgers. Without a doubt, they have the resources to make such a splash, as well as a strong organizational will under the leadership of Andrew Friedman to field the best team possible.

The Red Sox have agreed to a two-year contract with right-hander Chris Martin who will pay him over $17 million. according to ESPN’s Jeff Passan. In 60 games last season, he had a 3.05 ERA (137 ERA+) and a 14.80 strike-to-walk ratio. Martin will turn 37 next June.

The Arizona Diamondbacks have agreed to a one-year, $3.5 million contract with right-handed pitcher Miguel Castro. Robert Murray reports. Castro, who turns 28 on Christmas Eve, is finishing the 2022 season with a 4.03 ERA and 2.07 K/BB in 29 shoulder-limited innings for the Yankees. During his career, Castro has owned ERA+ out of 106 in eight major league seasons. John Heyman adds that Castro’s deal with Arizona also includes an option for 2024.

The Orioles signed outfielder Franchi Cordero to a split contract. according to Robert Murray. He will earn over $1.3 million if he makes it to the majors. Cordero, 28, has amassed 83 OPS+ in his career. He does have impressive brute strength, though his contact issues prevented him from using it often enough to make an impact.