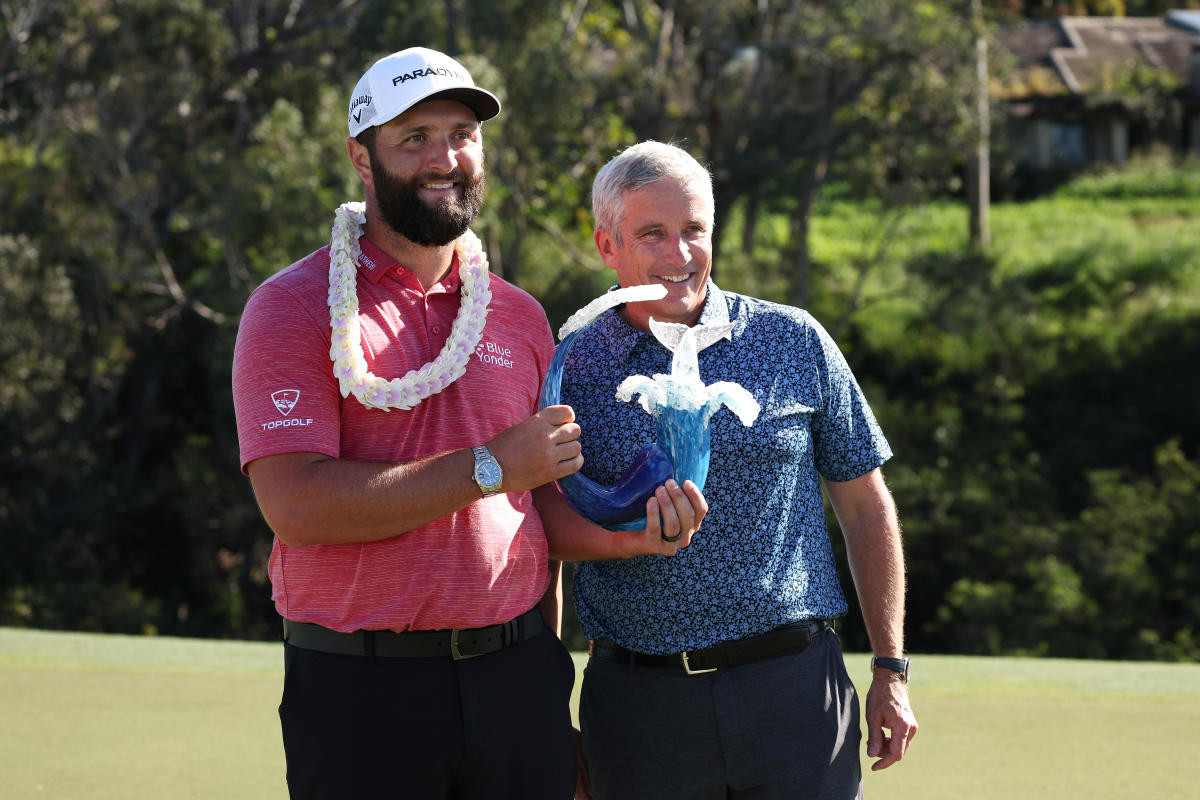 Before the final blow, Monahan also took the time to meet with members of the media to make his first public comment since the Tour championship in August about the Tour and his ongoing legal run-in with LIV Golf.

“I am focused on what we control. Now we are at the point where the product is opposed to the product. And we have our schedule. We posted it. We will keep getting better and better and better,” Monahan said. “They have their own. And we will continue to be the most competitive men’s tour in professional golf. We will continue to get better. What they have is very different from what we have. We go our way and they go theirs. So it really isn’t, and they make it very clear.”

Here are some of the other noteworthy comments from commish.

Q: Were you disappointed with the Masters decision to allow LIV golfers to play?

DM: I wasn’t surprised at all by Masters’ decision. It’s obvious to me that this is an invitation and they follow their criteria and I was in no way surprised by their decision.

Q: When you talk about the Tour product, is it important that certain events, WGC, have abbreviations to further distinguish what you offer from LIV?

DM: I think this is an important consideration. Yes, that’s what I’ve always thought, I’ve always felt that editing is an important element of this tour. And also if you go back to what is the most competitive you know what is the most competitive and if you are going to put the best players together depending on where we are in field size in 24 I think this is an absolutely important consideration.

Q: Is there a return path for (LIV players)?

DM: My position on this matter has not changed. I think these players have made a decision and they are there. Again, for me, it’s that I’m doing my best with the guys, the players, who, as you know, are on the PGA Tour and are committed to the tour. But nothing has changed on that front. Nothing to say.

Q: For as long as I can remember, players have had the strongest course in golf. It probably won’t happen as LIV players won’t be allowed to participate this year. Are you worried that it could hurt your flagship event?

As far as where we are on a relative basis, I would like that now that we have the new Official World Golf Ranking system and everyone can understand, empirically and regardless of any tour, what is the strength of the field, I think you see something, I think we’ll be in a very good place there.

Question: Could you say that the Tour is stronger or weaker than you were a year ago in Kapalua?

DM: I think we, I think the PGA Tour, the PGA Tour model is stronger than ever. And I’m saying this because it depends on how you look at it, but if you look at it from a player’s point of view, I feel like we’ve made, you know, changes to our schedule, so changes to a product that I think makes us as attractive as possible to the best players.

I think for them the most important thing about scheduling is whether it puts the players in the best position to achieve the highest levels of play. I think that we absolutely have it, we have done it and will continue to do it.

In terms of strength, we are growing, we are growing financially. Last year we saw a 31% increase in total player revenue. I think we’re somewhere between 16 and 18 percent this year. And we have a close-knit group of sponsors, media partners, tournament organizers, and they all come together.

For me, this issue is a long-term issue. I feel that when you look to the future, despite the problems of the past year, we are stronger than ever again. And I’m going to do everything in my power to make sure it stays that way.