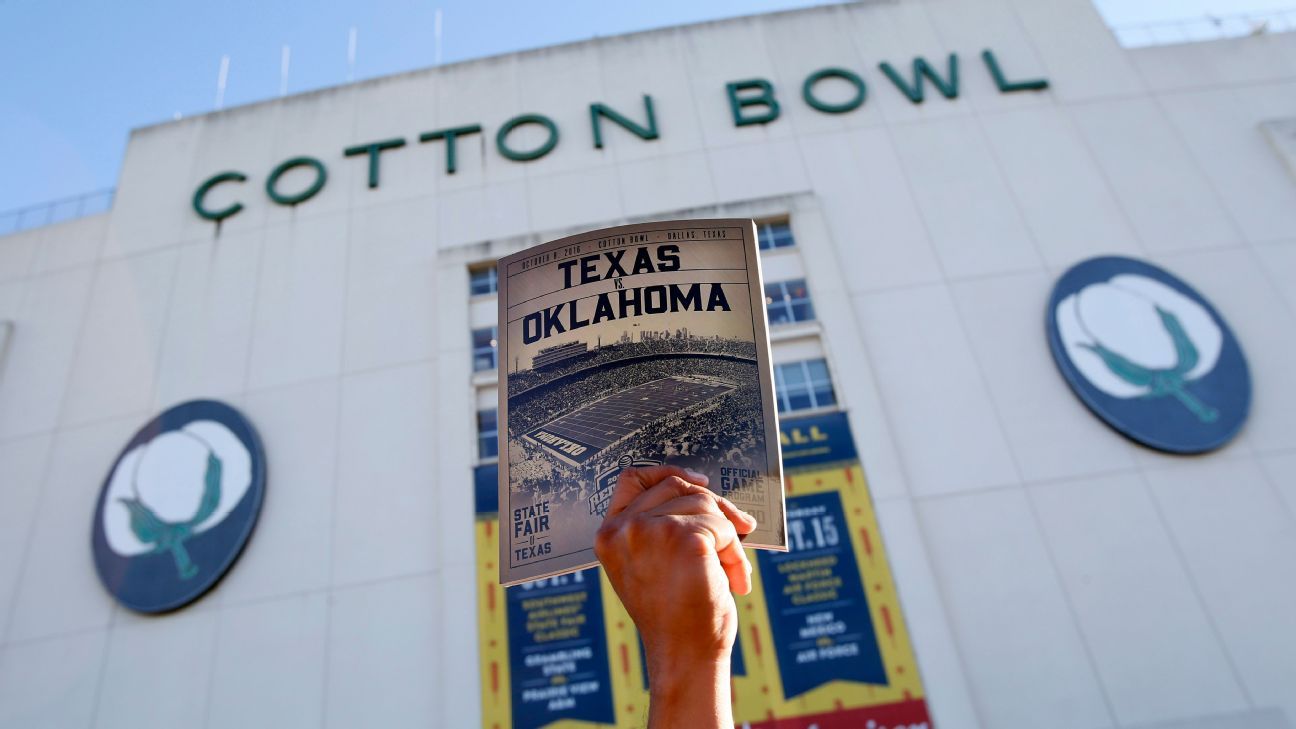 Some rivalries are not associated with conferences between schools that have wide geographic overlap and draw the same potential customers but have never been in the same league. The Red River was like that… until it was.

At one point or another, Oklahoma-Texas has been just about everything. The schools met 117 times; since 1929, the only time they haven’t played the Cotton Bowl in Dallas was in 2018 when they also played in nearby Arlington in the Big 12 championship game. Beginning with a 7-7 tie in 1937, the streak has been a clean tie: 41 wins for OH, 41 wins for Texas, and four ties.

The balance of power has shifted repeatedly, from UT’s eight-game winning streak in the 1940s to OU’s current six-game winning streak in the last seven meetings, and few rivalries mark strength better than this: AP Top-10 finishes, they only accomplished the feat in the same season 13 times. One team asserts its superiority over the other, and this tends to last for a while.

At the moment, both programs are fighting for their own foothold – on Saturday they will meet for the first time since 1998 as implacable opponents – but success is not far off. A nondescript game in 1998 was followed by a full decade of non-stop classics.

What awaits us on Saturday and in the coming years when the programs move to the SEC? The answer most likely lies in the past. Here are 10 games that tell the story of the Red River rivalry, from breakthroughs to Game of the Year contenders to matches that signal the changing of the guard.