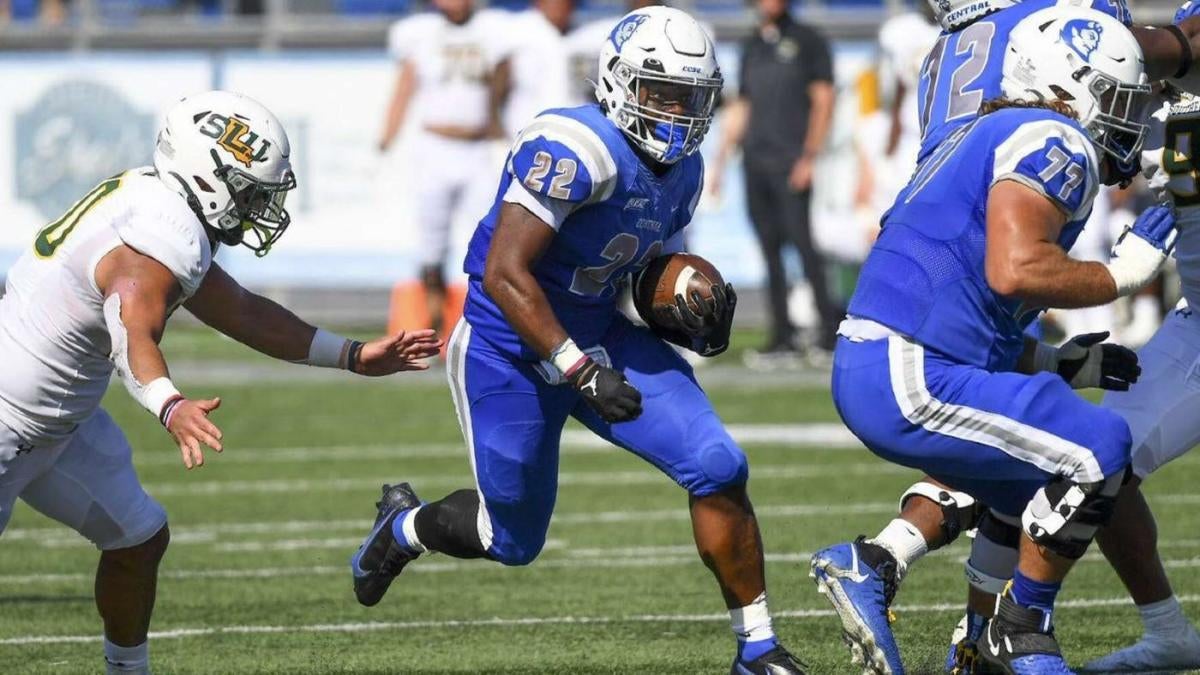 I enjoy traveling to various football matches both as a color analyst and as a scout. This is the closest I can play again. Meetings and conversations with coaches and players, as well as athletics staff, will help you feel young and excited about the upcoming season or game.

What I also love about this whole experience is that you never know when or where the next rough diamond might turn up.

Back in 2017, I was the color analyst for the ECAC Division III Bowl Game between Alfred University and Stevenson University at Delaware Stadium on the University of Delaware campus. On that cold November day, I remember Alfred running across the field against Stevenson. But it was this freshman RB for Saxons that caught my attention.

His name was Nasir Smith. He hit two rushing touchdowns that day as a backup guard, but showed enough quality that I left thinking, “Wow, they’re going to be a problem next season.” In 2018, Smith rushed for over 1,300 yards and hit 16 rushing touchdowns on his way to becoming a Division III All-American and bringing the Saxons back to the ECAC Bowl Game.

Wanting to prove his ability at the Division I level after the 2018 season, Smith moved to Central Connecticut State. Due to the NCAA transfer rules in place at the time, he had to sit out the 2019 season, and we know what happened in 2020 with the COVID-19 pandemic. CCSU did not play in either the 2020 season or the 2021 FCS spring season, causing him to miss two full seasons with the Blue Devils.

Finally taking the field in the fall of 2021 as a Division I running back, Smith rushed for 607 yards, averaging 4.9 yards per carry with two quick runs. Not bad for a former Division III running back who has spent two full seasons of rust due to inactivity.

However, this season we saw what I saw from him in 2017. Smith led the team and the Northeastern Conference in throwing with 1,219 yards, averaging 5.3 yards per carry with 13 points. He was also able to fold with 21 receptions, 209 yards and two goals.

His football history is definitely unique, but it’s not over yet. Smith, who has the skills, intends to continue this journey, this time as a pro.

(Hunt report from last week, be sure to click here.)

A good mix of functional power and balance, Smith’s game has a lot of David Montgomery in it. He’s someone who’s really good at not only what’s blocked, but also his ability to get past grips with his hands. It is always important for a runner that your eyes and legs are in unison, and this applies to Smith. What also stands out about his game is that he showed an above-average burst to break long runs. That was one of the big questions you wanted to answer when he moved from Division III to Division I-FCS. Another plus is that last season he went from the 200 pounds that Alfred had to the current 223 pounds, without losing any speed or quickness – which is great.

Two of the most underrated coaches in college football work in the same state in Georgetown, head coach Rob Sgarlata and offensive line coach Alex Colt. Both guys are capable of not only acquiring talents, but, most importantly, developing them. They have a gem in Mac Hollensteiner’s right tackle. He has played both tackle points but looks more comfortable on the right side. He’s great at rolling his hips into a defender in a running game, and that’s part of the reason he can get consistent moves in that regard. The other side of this is his use of his arms, which is also consistent and is a key factor in this move. Hollensteiner has very good functional strength that comes through in passing defense, which allows him to drop his hands and redirect defenders without losing position.

I love the effort and enthusiasm that Hall plays with. In fact, he is present throughout the game, making the same effort. Whether it’s blocking in a running game, running cleared routes, playing as a gunner on a punt team, accelerating a punt – he even has a block on his resume – or covering kickoffs, he constantly plays with the same effort. As a receiver, he demonstrates the ability to accelerate and get closer to the ball when it is in the air. This really helps him create even more separation than during the route. He is a galloper who follows the ball very well. He is an excellent Bang-8 receiver who knows how to keep the route skinny while getting skinny to make the reception. He still has room to grow in both his game and his body as a professional player.

Kitchings is an explosive receiver dynamo capable of contributing to an attack in multiple ways. He had his best year last season in terms of yards per catch (20.8) and average returns per kickoff (31.2). He is a typical “space player”, which means that his entry into the open field turns everything into a retaliatory strike for him, as he can work his way through potential invaders and find compromising evidence. In the WR running game, he also has experience with over 260 yards on the ground and three points. He is positioned as a key special team player and slot machine recipient who can definitely make an impact in his first year as a rookie.