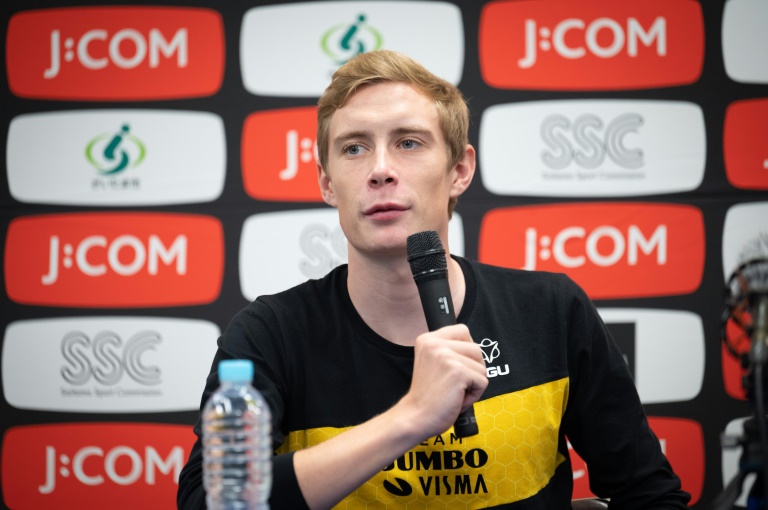 Tour de France champion Jonas Wingegaard said on Saturday he “just doesn’t care” about being in the spotlight after winning a race and believes he can defend his title next year.

The 25-year-old Dane rose to fame after triumphing at the Tour de France in July, when tens of thousands of people lined the streets of Copenhagen to greet him as a hero.

More than 20,000 people have gathered in his sleepy home village of Glingor, which normally has only 1,400 people, to greet the rider who lives there with his wife Trina and daughter Frida.

Wingegaard subsequently missed the Tour of Denmark and the World Road Championship in Australia before returning to racing in September.

Wingegaard said in Japan, where he will compete in Sunday’s Tour de France Saitama Criterium, that his newfound status was “just something you have to live with.”

“You could say it’s my fault – I’m the reason there’s so much attention, and if you start to worry about it, then that’s a problem,” he said.

“I just don’t worry about it, so it’s not a problem for me.”

Wingegaard became the first Dane to win the Tour de France since Bjarne Riis, who later admitted to doping, in 1996.

Vingegor’s man-turned-champion Tadej Pogacar of Slovenia has won the title for two years in a row and the Dane is looking to repeat the feat.

“Of course I hope I can do it,” Wingegaard said when asked if he could win the Tour de France next year.

“I think it will get harder every year, but I will do my best and hopefully I will succeed.”

Four-time Tour de France champion Chris Froome, who also competes in Japan, believes Wingegaard is “well positioned to come back and win the title next year.”

“Personally, for me personally, I have always believed that the biggest obstacle to winning the second Tour de France is that your life changes after winning – it will never be the same again,” said Froome, who won the title three years in a row with 2016. eighteen.

“But on the positive side, he now has the confidence that he’s already done it, so there’s no reason why he can’t do it again.”

Wingegaard said he enjoyed “my best season so far” and hopes to do better in Japan on Sunday.

Wingegaard won the first race of the Tour de France Singapore Criterium last weekend, ahead of Froome in second and Nibali in third.

“At the beginning of the season, my main goal was to try to win the Tour de France, and I succeeded,” Wingegaard said.

“I think my year was very successful, so in the end I’m very happy with how it went.”