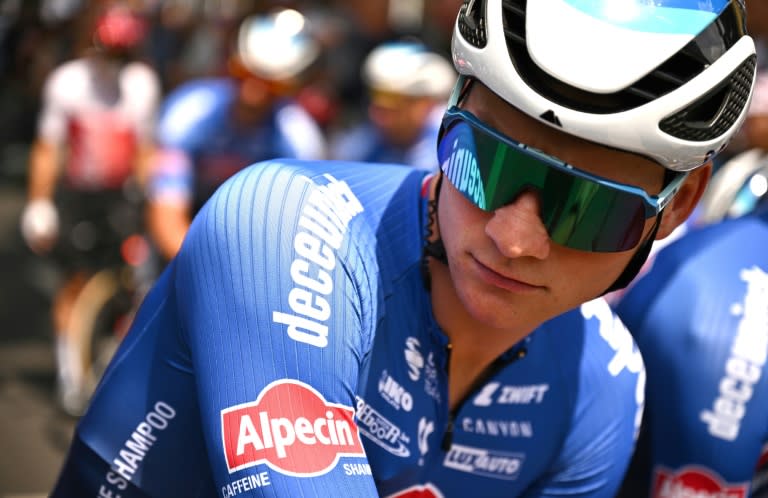 Dutch cyclist Mathieu van der Poel expressed regret on Tuesday after his World Championship in Australia was derailed by a night of brawl with pranksters that landed him at the police station.

Van der Pool was charged with two counts of assault after he was confronted by two teenage girls who interrupted his sleep on the eve of Sunday’s elite race by repeatedly knocking on his hotel door.

Arrested and taken to the police station before 4 am, the 27-year-old, one of the favorites for the world title, started the race only to retire early on.

Police say the cyclist herded the girls into their room and ran into them.

Upon his return to Europe, he commented, “Of course I regret it. I’m wrong too, I admit it.

“I try to leave it behind.

“Now I will go home for a while, in search of peace. In any case, I am very happy to be back in the country.”

Video of the incident, filmed by the girls, shows a man believed to be Van der Poel breaking out of his hotel room as they filmed them knocking on his door.

“In any case, I should have reported this to the administration or someone else. But it was getting late and I just wanted to sleep. I thought I could solve this problem myself,” he explained.

“In the end, it turned out to be completely different. Unfortunately, I can’t change that anymore,” driver Alpecin-Deceuninck said.

“There are many stories about pushing, but it is absolutely not true. This is not what happened.

“There are two versions of the story, and when you’re in Australia, it’s very difficult to deal with them.”

Christoph Rudhoft, director of his Alpecin-Deceuninck team, said the rider was shocked by the incident.

In his absence, Belgian ace Remco Evenepoel took the win with a thrilling solo race to win the rainbow jersey.